It happened when I was about to connect the RPi to the interwebs. I changed the user password to something smart, then forgot it. Having not enabled the root user I was locked out.

As it turns out it’s really simple to reset. Just follow a simple step-by-step, like the one I found at rpi.tnet.com.

Remove the added command from cmdline.txt, power up the RPi and log in with the new password.

TOS-DR.info is a site that reads the Terms of service for you, and grades it from A (the best) to E. Great! 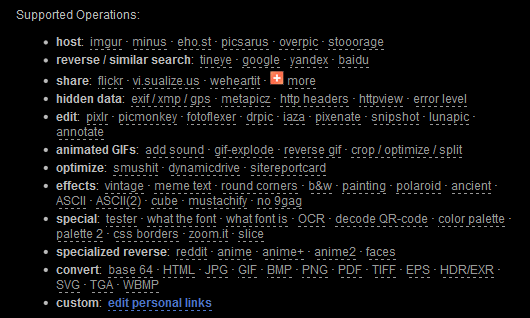 This site has pretty much every thing in one place.

ImgOps.com has it all. One click hosting, share, reverse search, hidden data – like exif, edit-tools, add effects, converters. My favorite – or most used – must be the “What font is used on this picture”.

Posted for my future reference..